Physico-mathematical selection of  combinations of different geometric color forms, applied to any base (in this case, on paper), allows you to change the direction of electromagnetic radiation and their properties of impact on humans.

The intellectual product “Color reflex corrector V.А. Kuleshova “Neutralizer – sticker” is a color correction device that not only “protects” from electromagnetic radiation, but also “harmonizes” electrical waves, converting them into useful for humans.

The know-how of this “intellectual product” is that it separates electrical waves from electromagnetic radiation, passing the first, and transforms the second. Electric waves increase the energy potential of a person, but electromagnetic waves, due to their magnetic field, distort the field of human organs, disrupting their normal functioning, which leads to a deterioration in the general condition of a person.

Abstract. Physics and mathematical combinations of different geometric colored figures, applied to any surface (in our case to paper surface), allows to change the direction of electromagnetic radiation and its characteristics of its impact on a man. Intellectual product “Color and reflex corrector Neutralizer-sticker is the color and remedial device which not only“ protects ”from electromagnetic radiation, but also“ harmonies ”electrical waves by converting them into helpful for a person.

* Theoretical note : All colors have the same name, but they are perceived by people using a visual or tactile neuro-analyzer in different ways, taking into account individual color tones, which is the main difference between people in terms of psychological, mental and physiological parameters. These color tones create an individual health-preserving environment for each person. In turn, this environment is determined by the internal (especially hereditary) and external (ecological) environment of human existence and habitation.

These features are studied by the science of “Chromalogy” (Greek: “chromas” – color; “logos” – teaching) – the science of controlled (coded) color, both natural and artificial, or “Tsvetonologiya” (Russian: color + tone + study) – a science that studies the effects of color tones on the health- preserving human environment ( www.hromalogya.ru ).

* At the moment, the color-correction innovation is “V. A. Kuleshova’s Color Reflective Corrector” “NEUTRALIZER” LABEL ,  which is a correction device for personal or individual use. 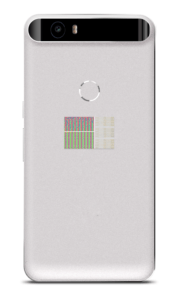 This “STICKER” is stuck on the phone, as a result of which not only negative electromagnetic radiation is “neutralized”, but also “converted” into useful ones, which leads to an improvement in the bodily, energy and general condition of a person.

These statements are confirmed by the studies carried out in the “Laboratory of Scientific and Methodological Problems of Sports Reserve Training” at the Kuban Research Institute of Physical Education, in the medical center “New Medicine” and the “Laboratory for Special Assessment of Working Conditions” industrial chamber of Krasnodar region. The use of a mobile phone helps to strengthen these processes.

Various modifications of “color models” of “VA Kuleshov’s color reflex correctors” of “NEUTRALIZERS” were created, which enhance the positive impact of the color physical and mathematical model on a person, of which the most effective one was chosen in terms of “NEUTRALIZING” the electromagnetic effect of telephones and other household appliances on a person and at the same time “TRANSFORMATION” of negative electrical waves into positive ones.

In the “Conclusions”, “Protocols” and “Acts” on Scientific Research Work (R&D), these indicators are defined for a person:

It is not a secret for anyone that today they are very attentive to environmental problems. Indeed, among many global problems of our time, it is electromagnetic pollution that is one of the central ones. Therefore, these days, special systems are very common to protect a person from these radiation. Precisely such a protective and at the same time corrective device is VA Kuleshov’s Color Reflective Corrector “Neutralizer” , which is attached to the radiation source in the form of a “sticker”.

The base of the “sticker-corrector” is a paper adhesive backing, on which 5 types of color-correction rectangular “plateau-matrices” are mathematically calculated and applied by typographic method. Each “plateau-matrix” has a strict number of color geometric shapes (8 end snowflakes and rectangles) of different shapes and sizes. The total number of color geometric shapes on the “stickers” is several tens of thousands of pieces. In the process of exposure to electromagnetic radiation on each “plateau-matrix”, there is, as it were, “containment” of the electromagnetic radiation, with a simultaneous amplification and change of electrical wave radiation. As a result of this, there is not only 80-100% “neutralization or protection” from electromagnetic, but also ≈ 30% amplification and “conversion” of a harmful electric field into useful electric waves, which is an additional source of improving the energy potential in the human body (see “Conclusions”, “Protocols” and “Acts” on research). The stability of this result, after the application of the “sticker”, was also revealed, from several minutes or more, defined as “phantom color correction memory”.

* “COLOR REFLEX CORRECTOR V. A. Kuleshova” Neutralizer “sticker is not only neutralization – PROTECTION AGAINST ELECTROMAGNETIC RADIATION of a person, but also CONVERSION OF HARMFUL EMRADIATION INTO USEFUL FOR HUMAN.

IN THIS CASE, THE SIMULTANEOUS “NEUTRALIZATION” AND “TRANSFORMATION” IN THE MOBILE PHONE OF ELECTROMAGNETIC RADIATION, in the worst case, in harmless, and at best, USEFUL FOR HUMAN waves, occurs simultaneously.

* THE PERSON, IN THIS CASE, performs the function of a “bioaccumulator”, which is “recharged by health”…. from any household electrical appliance, for example: a mobile phone, a microwave oven, a computer by attaching a “Neutralizer” sticker to a source of electromagnetic radiation, while using these electrical products in everyday life.

Thus, the more in our life we ​​use household electromagnetic devices with “VA Kuleshov’s Color Reflexo Correctors” “NEUTRALIZERS” attached to them, the better we feel, and most importantly we become healthier. For example: the more we talk on a mobile phone, the … healthier we become.

* In conclusion, it should be added that there is no such color-information innovation in terms of the effectiveness of “protection” and the simultaneous “transformation” of harmful electromagnetic radiation into useful for the human body in Russia and in the world.